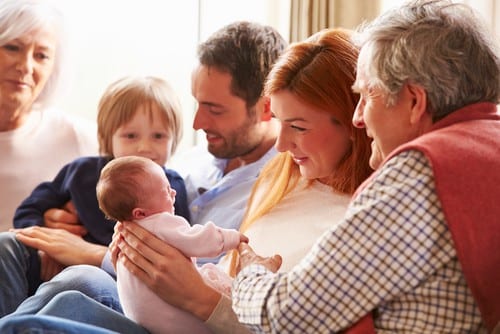 We are living in a time when understanding family generations and money is important. For the first time, we have seven living generations on our planet. The oldest was born a century ago. For them, writing a check was high-tech. Today’s youngest generation may never write (or even hold) a paper check as adults,

We define a generation as people growing up in similar historical, social and economic times who share common experiences. Family generations and money change over time.

Grew up after WWI, fought in WWII. Assertive and energetic. Thrifty, careful with finances, balanced checkbooks often. Saved as much as they could. Fixed things before buying new.

Discipline, self-sacrifice, and caution. Lived in an era defined by conformity and general prosperity. Savers, financially prudent. The richest, most free-spending retirees in history

Their drive and optimism served them well in the peak of their careers. Unfortunately this led to some poor planning of some long-term decisions. Spend now, worry later, buy it now, use credit, not good with finances. First generation to use “retirement” to mean enjoying life after the children have left.

Entrepreneurial and individualistic group grew up as two-income households became more common. First generation that may NOT do as well financially as their parents.

Want what they want and want it now. Struggling to buy, and most are deeply in credit card debt. Shadow generation between Boomer & Millennials holds 51% of leadership roles globally.

Highly-involved parents maintain authority long into their lives. Hope to be the next great generation. Expect to turn around all the “wrong” they see in the world today. Eager to spend money, want to retire early having saved their money. They schedule everything. Invited as children to play a lead role in family’s purchasing and travel decisions. Heroes are their grandparents

Oldest members are in high school today. They began using cell phones and other digital technology very young, leaving traditional toys behind. A survey by Lincoln Financial Group of 400 members of generation Z aged 15 to 19 found that they are saving far earlier than older generations: 60% of them already have savings accounts and 71% say they are focused on saving for the future.

Generation Alpha is in school and will be the most educated, tech savvy people that ever lived. They don’t know a time before smartphones or Facebook. Can you even imagine how they will manage money twenty years from now?

Today it is more important than ever that our youngest generations learn to manage money as a number. One of the most powerful lessons for your kids is for them to record every money decision as a number. Learn more in my book about teaching kids this essential life skill. Money and Responsibility Define This Allowance System for Kids.

How much does your family know about their generations?

There’s a game for that. Check out https://kidquest.me, a new game where kids are in charge and ask grown ups the coolest questions!